Skip to content
Summer Sale: Buy Scooter Get 100€ Off 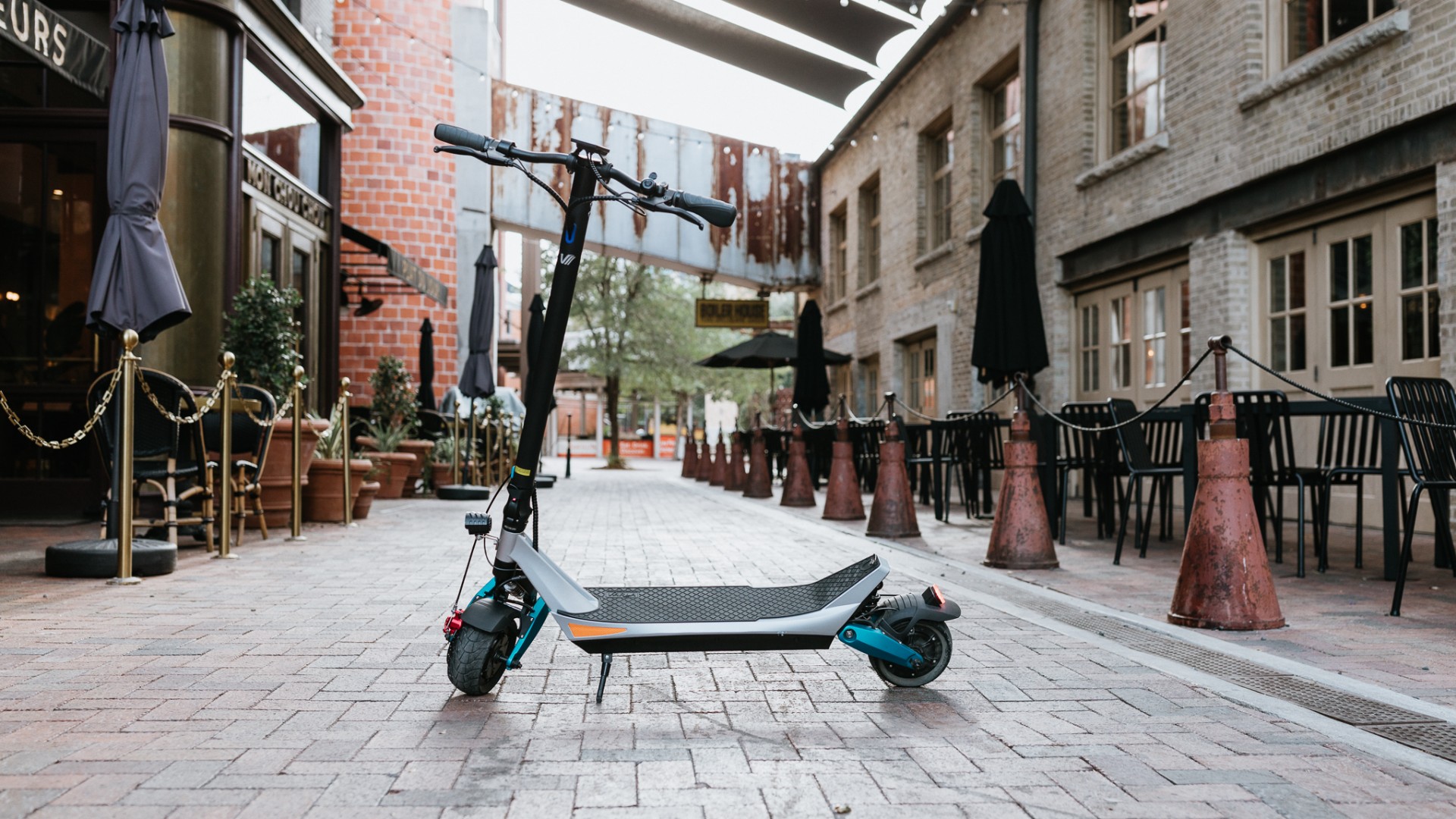 Riding an electric scooter is as simple as riding a bicycle or skateboard since all you have to do is maneuver it. These battery-powered scooters are popular among today’s youngsters; you can also find electric scooter adult that is becoming increasingly popular, and you can spot them circling around the urban streets. A question arises about whether you need a driver’s license to ride an electric scooter or not, and this article takes you through everything you need to know about it.

How Does Electric Scooters Fall Within the Purview of the Law?

It may surprise you, but there are quite a few rules for riding an e-scooter. Most countries treat electric scooters the same as bicycles; however, the regulations governing the operation of motorized scooters differ greatly.

It is up to local legislation whether you are permitted to ride an electric scooter. In certain countries, scooters must have a functional headlight, rear-view mirror, brake light, indicator, and other similar equipment.

Several countries require the wearing of a safety helmet while riding an e-scooter. You can’t simply ride down any old street in a strange nation. In some instances, mobility on an e scooter may be restricted.

Rather than memorizing a collection of basic legal concepts, it is advisable to get acquainted with the laws of other countries.

Electric scooters are subject to a broad range of legislation and regulations worldwide. In this blog, we will look at a few countries to see how they regulate the movement of electric scooters.

Because electric scooters are categorized as bicycles, riders will find a friendly atmosphere in Canada. Electronic bicycles and other motorized bicycles are also covered. In Canada, purchasing an e-scooter is as straightforward as buying a bicycle, and no license, registration, or insurance is required.

Certain provinces may make minor changes to this legislation and standards, such as age limitations and movement restrictions.

However, the e-scooter scenario is quite peculiar. There is no need for a license or registration; however, riding on private property is forbidden. The only areas where you may ride it are in public settings. Because of the absence of pedals, roads and bike lanes are off-limits.

The EU’s rules and regulations on electric bikes and scooters vary by nation. Electric scooters, for example, are classified as PLEVs (Personal Light Electric Vehicles) in France and are allowed to ride at speeds of up to 25 kilometers per hour (km/h) in bicycle lanes.

You may even ride it on the sidewalk in Austria and Switzerland. On sidewalks in Germany, you may only travel 6 kilometers per hour (km/h). Helmets are required in certain European Union countries.

Electric scooters are regulated differently in each state in the United States. Let’s look at the states with the harshest rules governing the usage of electric scooters.

Is It Necessary to Get a Special Permit to Ride an Electric Scooter?

To use an electric scooter, you must have a motorcycle license. If it is classified as a bicycle, you do not need a permit to ride it.

How Can I Find Out Whether My Electric Scooter is Legal?

This is a straightforward job. State laws and regulations specify the maximum permitted horsepower and speed for automobiles. The engine’s power and the speed limit of the e-top scooter should be listed on the box or the manufacturer’s website.

The subject of how to speed up an electric scooter is constantly raised. However, the quick acceleration of an e-scooter may result in a violation.

Although the rules for riding an e-scooter differ from nation to country, there are a few general guidelines to follow.

So, there is no one answer to whether or not you need a license, but it all depends on where you live. However, a valid driver’s license is required to operate a scooter on public roads in some places in Europe. Since electric scooters are comparable to electric bicycles, several governments classify them as “pedestrian vehicles” that do not need a license.

Are you looking for the best electric scooter? Check out the fantastic scooters at reasonable prices at Varla.

Why Lithium-ion Type Batteries Are Trending

5 Blunders to Avoid When Buying an E-Scooter

The summer season is in full swing, and you might be itching to bring out your foldable electric sco…

Your e-scooter can sometimes give up on you, or you just haven’t gotten the chance to ride it as oft…

With increasing advocacy for a green environment and recent pandemic, the transport sector has suffe…

Do Not Sell My Personal Information

When you visit our website, we store cookies on your browser to collect information. The information collected might relate to you, your preferences or your device, and is mostly used to make the site work as you expect it to and to provide a more personalized web experience. However, you can choose not to allow certain types of cookies, which may impact your experience of the site and the services we are able to offer. Click on the different category headings to find out more and change our default settings according to your preference. You cannot opt-out of our First Party Strictly Necessary Cookies as they are deployed in order to ensure the proper functioning of our website (such as prompting the cookie banner and remembering your settings, to log into your account, to redirect you when you log out, etc.). For more information about the First and Third Party Cookies used please follow this link.

These cookies are necessary for the website to function and cannot be switched off in our systems. They are usually only set in response to actions made by you which amount to a request for services, such as setting your privacy preferences, logging in or filling in forms. You can set your browser to block or alert you about these cookies, but some parts of the site will not then work. These cookies do not store any personally identifiable information.

Under the California Consumer Privacy Act, you have the right to opt-out of the sale of your personal information to third parties. These cookies collect information for analytics and to personalize your experience with targeted ads. You may exercise your right to opt out of the sale of personal information by using this toggle switch.If you opt out we will not be able to offer you personalised ads and will not hand over your personal information to any third parties. Additionally, you may contact our legal department for further clarification about your rights as a California consumer by using this Exercise My Rights link. If you have enabled privacy controls on your browser (such as a plugin), we have to take that as a valid request to opt-out. Therefore we would not be able to track your activity through the web. This may affect our ability to personalize ads according to your preferences.

These cookies allow us to count visits and traffic sources so we can measure and improve the performance of our site. They help us to know which pages are the most and least popular and see how visitors move around the site. All information these cookies collect is aggregated and therefore anonymous. If you do not allow these cookies we will not know when you have visited our site, and will not be able to monitor its performance.

These cookies may be set through our site by our advertising partners. They may be used by those companies to build a profile of your interests and show you relevant adverts on other sites. They do not store directly personal information, but are based on uniquely identifying your browser and internet device. If you do not allow these cookies, you will experience less targeted advertising.