I would say it is the best scooter !!! Love it so much!

Eagle one - First 100 Miles
This is my 3rd scooter and appetite has grown past 12 months. First one was $250 junk from Amazon. That lasted 1 month. Then I got Ninebot by Segway ES4 - after 900 miles motor went, but Segway replaced it free. But I wanted something with little bit longer range and real brakes.

Man did this scooter deliver! Brakes are awesome, but learn to use them correctly. Suspension is best I have ever experienced by large margin. And of course this Beast is fast. 10" wheels make a big difference for riding quality.

I though it was a bit expensive side when I ordered it, but now I feel I got what paid for.

A real blast to ride
The scooter is fast and extremely powerful. The suspension is a little stiff for being a lightweight rider but is great for hopping speed bumps. It is a very light scooter for its class and easy to carry when folded. The split frame between the deck and stem was a great idea to throw a chain through it for locking up. I really appreciated the fast delivery and customer support when purchasing. If I had to list things that need improvement it would be the following: It needs a stronger stem as it is already loosening (half inch of play at the top), The rear wheel is not quite aligned and causes the deck to bounce quickly at high speed, And needs a headlight however the deck lighting is awesome. I have really enjoyed my time with this scooter and have recommended it to others.

Great scooter, great company
I have owned my Eagle One for several months now. I wanted to get a lot of hours and miles on it (over 500km!) before providing my review . It's not the first day, or even the seventh day, that really matters to me, but the satisfaction. First of all, the performance of this scooter has not diminished at all. Battery life, acceleration, top speed, build quality and ride quality are all exactly the same as on my first day of riding. The suspension has held up just as well. This is important as I am a 100kg rider. I also like to jump off the curb. I have four children who also have some scooters from various brands. We like to ride together as a family and have a really good time together.

My wife and I recently bought 2 Pegasus for our weekend adventures. These are our first electric scooters, although we have ridden the lime scooters a couple of times, and I have to say firstly how easy the scooters are to just get on and ride! We had such a great time on our first couple of rides that we started looking for any excuse to get on them! However, my wife did struggle when she was on her own with the weight and size. Mostly getting it in or out of the car or over a bigger step or ledge when not actively riding it. We've realised if we are wanting scooters more specifically as a transport alternative to work or the shops, rather than just for weekend cruising, we would get my wife a more portable model that can be carried easily. For me the Pegasus is perfect for transport, weekend fun and everything in between and I'm gearing up for my first 45km ride to the office once my new accessories arrive!

The VARLA EAGLE ONE provides hours of fun, set it up to suit your style and away you go. Acceleration is awesome, the motor brakes are incredible, suspension is brilliant. There is so much more to say about this scooter from being up high with good vision, ability to change electronics with the push of a button to suit your surroundings, the lights are very efficient however would like to see a rear view mirror as standard equipment

Winner! Winner!
After a long period of intense deliberation and disappointment and trying out other scooters e.g. the ever-popular SEGWAYs, I decided on a VARLA — not just because of the 'out there' design that illicited a giggle, but moreso because I wanted as a priority need,to go further, faster, harder and longer, not just the everyday mundane commutes, but to places most people would pass up as being "too wild". But not me. I have now clocked up 220km on the VARLA EAGLE ONE since its delivery in early February, with a lot of early riding in a safe on and off-road environment locally and gradually branching out to more and more adventurous places, further afield from home before throwing myself into multimodal commuting (scooter + train). Never once have I had cause to doubt the amount of fun that the VARLA wants me to have, nor have I lacked confidence in taking it safely to speed after a month of "baby steps", a time I look back on during which I never went above 17 to 20km/h. Despite doubts and largely unfounded worries before purchase, I have no regrets. The EAGLE ONE is now a high valued, unbeatable and flexible solution to the effort, sweat and bother of cycling over long distances, or the infuriating grinding congestion that more and more cars are. For the VARLA, no hill is too big, no task is too small.

A great scooter. I bought it to commute around my city and it does the job nicely. It tackles the hilly sections with ease and glides over bumps in the road. I’m very happy with it. Oh, and it gets massive compliments and I’m getting tons of questions about it. Thinking about getting an extra charger to leave at work because sometimes I take a long way, having so much fun.

I feel this is among the such a lot important information for me.
And i am satisfied reading your article. But want to observation on some normal issues,
The website taste is wonderful, the articles is truly nice : D.
Excellent task, cheers

Eagle one is remarkably fast - you have to be careful - i can now zip to beach in 7 mins in Barcelona- love this machine - American power baby!!!

There's no blinker, which is very important on a city ride

Wow. My first e-scooter and it absolutely blew through my expectations. This e-scooter takes me to 80% of the places I need to go in my life. I love it. Super easy to use super stable super intuitive, I just love it. I had another model from Amazon, but it wouldn’t make it up the hill to my house. This one does. By the way, make sure to have enough air in the tires. That really affects how quickly it accelerates and how well it goes up a hill. I assume it also has a big effect on range. 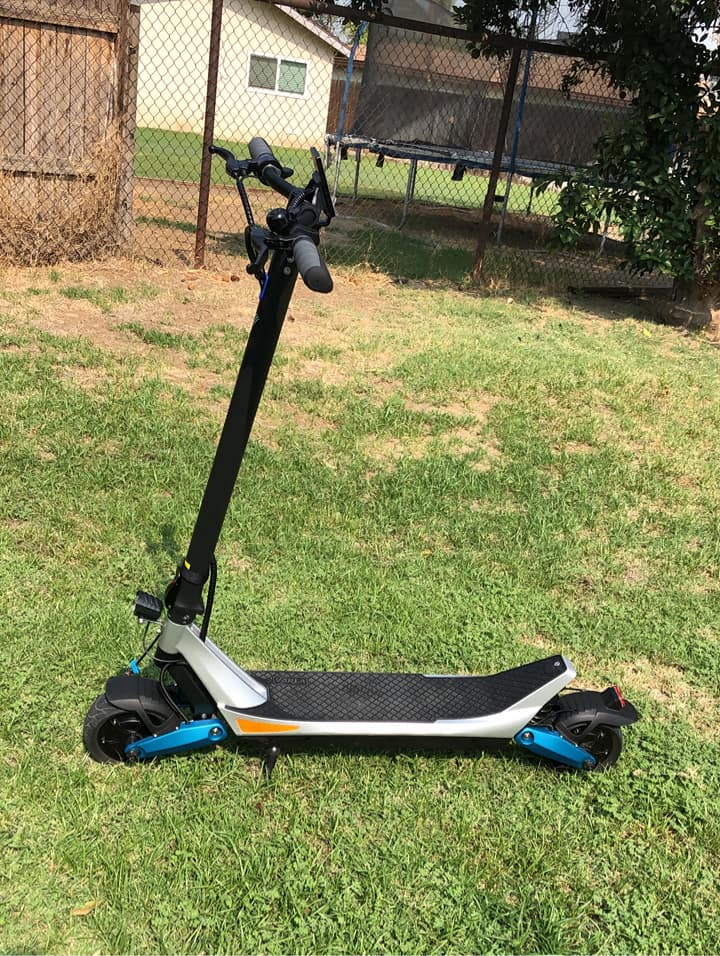 Very happy for this purchase, good quality, powerful and battery life is long , it’s very safe product , I would recommend to my friends and family 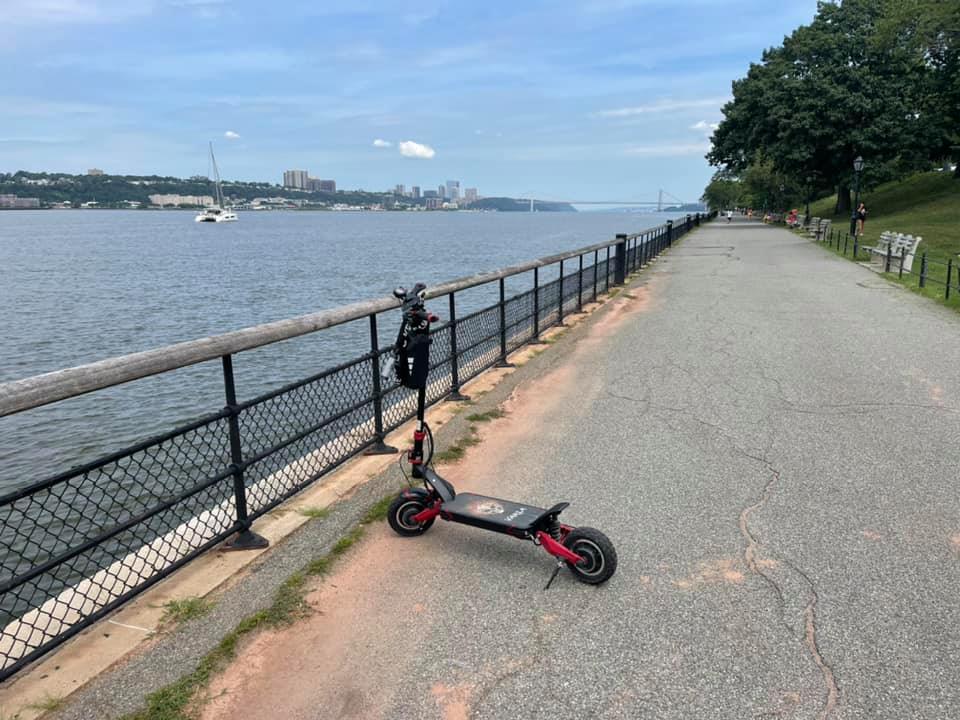 I am enjoying this scooter so far. It makes my commute to work easy, stress free and will help me save so much money on gas. I have a large vehicle and this pointless to spend gas if I’m just commuting to work alone. I will also be taking to the park when I go with the kids while they ride their bikes I can follow/ lead while in this scooter. 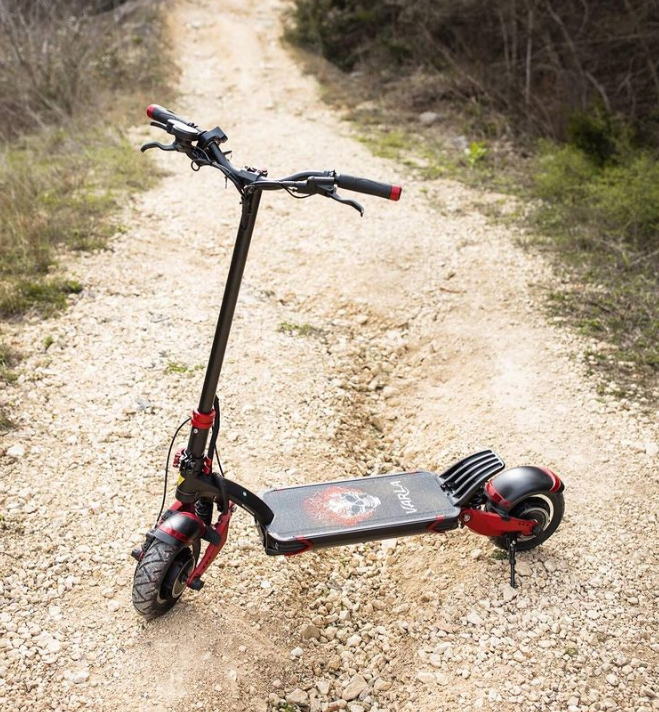 I'm extremely happy with this scooter overall, it's excellent range and comfort makes it great for commuting. It was simple to use, quick to assemble (just 4 screws) and feels very well constructed. My main priority with these electric scooters is safety, and the durable construction, responsive controls, strong brakes, and stable ride thanks to the air-filled tires definitely gave me confidence on the road. 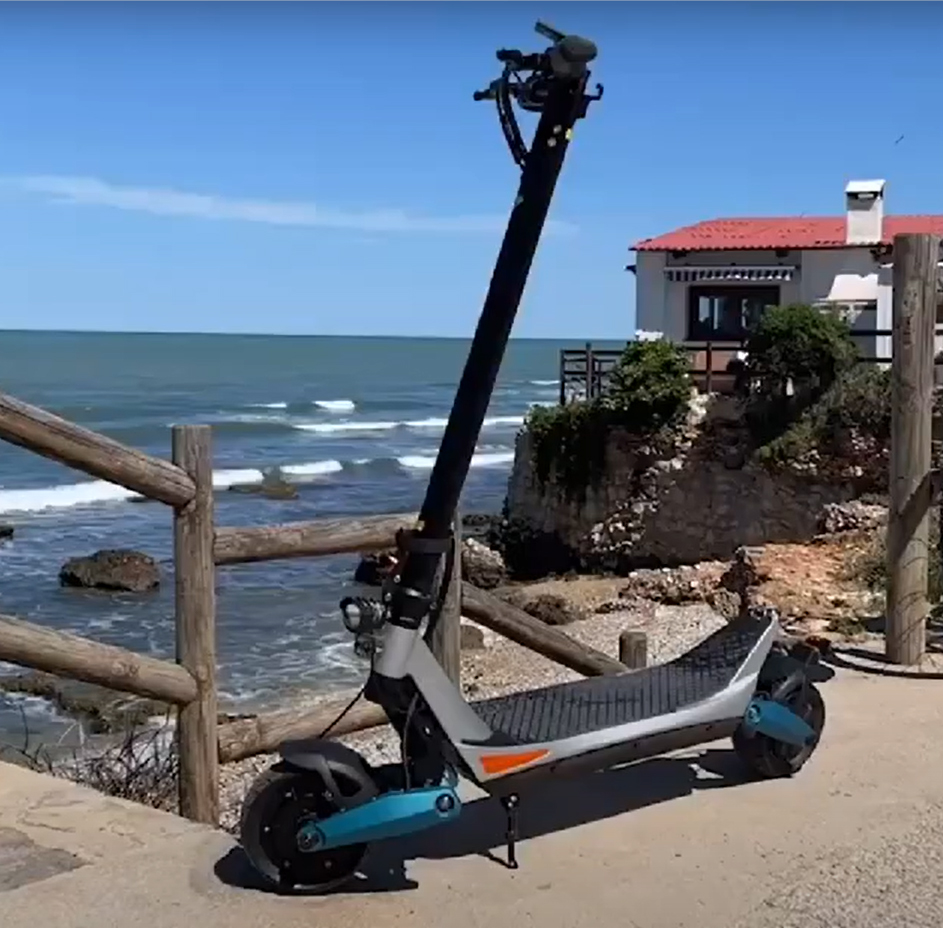 Fun ride! I received the scooter a little more than Two weeks ago and have ridden it most everyday since. For my first electric scooter it’s perfect! We were having so much fun my husband bought one too!